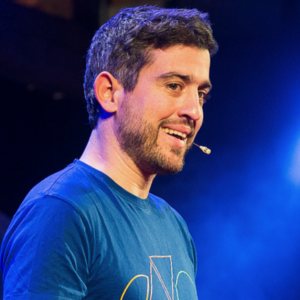 Lionel Dricot, mostly known under the nickname Ploum, is an engineer, writer, blogger and blockchain consultant. Passionate about freedom and decentralisation, he contributed to multiple free software and open source projects, wrote one of the first book ever published about Ubuntu before joining the Bitcoin community in 2010, foreseeing Bitcoin as a tool to build a more decentralised future. In 2012, he was 14 votes short to become the first Pirate Party member elected in Belgium.

Lionel is an invited lecturer at École Polytechnique, Université Catholique de Louvain (Belgium). In 2017, after more than a decade in the industry, he started a PhD on the subject of Democracy & Blockchain.